Zug, Switzerland – 7 July 2020 – Coca-Cola HBC AG ("Coca-Cola HBC" or the "Company") today announced that the Nomination Committee of its Board of Directors has appointed Naya Kalogeraki to serve in the newly created role of Chief Operating Officer ("COO"), effective September 1, 2020. She will report to Zoran Bogdanovic, Coca-Cola HBC's CEO.

In her new role, Kalogeraki will be central to driving strategy execution, high performance and people development. The Company's two Regional Directors, the Group Commercial Director and the General Managers of the three largest markets - Nigeria, Italy and Russia - will report directly to the COO.

The appointment of a COO will allow Bogdanovic, who has served as CEO since 2017 and is a member of the Board of Directors, greater focus on the long term strategic direction of the business, the development of capabilities for the future and the Company's ESG agenda.

Zoran Bogdanovic, CEO of Coca-Cola HBC said: "I am delighted that Naya is taking on this new role. She is uniquely positioned to lead the execution of our strategy. She has an excellent track record of delivering results and developing people. Her appointment will directly support the delivery of our future growth plans."


Naya Kalogeraki joined the Coca-Cola system in 1996. Naya held a variety of leadership roles on a country level including serving as Commercial Director and Country General Manager of the Company's operations in Greece and Cyprus. She also served as Director of Strategy, CEO Office and was appointed Group Chief Commercial and Customer Officer and a member of the Company's Operating Committee in 2016.

Coca-Cola HBC is a leading bottler of The Coca-Cola Company with 2019 revenue in excess of ¤7 billion. It has a broad geographic footprint with operations in 28 countries serving a population of more than 600 million people. Coca-Cola HBC offers a diverse range of primarily non-alcoholic ready-to-drink beverages in the sparkling, juice, water, sport, energy, plant based beverages and ready-to-drink tea and coffee categories. Coca-Cola HBC is committed to promoting sustainable development in order to create value for its business and for society. This includes providing products that meet the beverage needs of consumers, fostering an open and inclusive work environment, conducting its business in ways that protect and preserve the environment and contribute to the socio-economic development of the local communities. Coca-Cola HBC is ranked among the top sustainability performers in ESG benchmarks such as the Dow Jones Sustainability Indices, CDP, MSCI ESG and FTSE4Good, among others.

Coca-Cola HBC has a premium listing on the London Stock Exchange (LSE: CCH) and its shares are listed on the Athens Exchange (ATHEX: EEE). For more information, please visit http://www.coca-colahellenic.com. 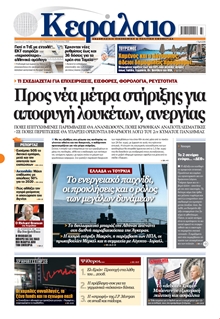