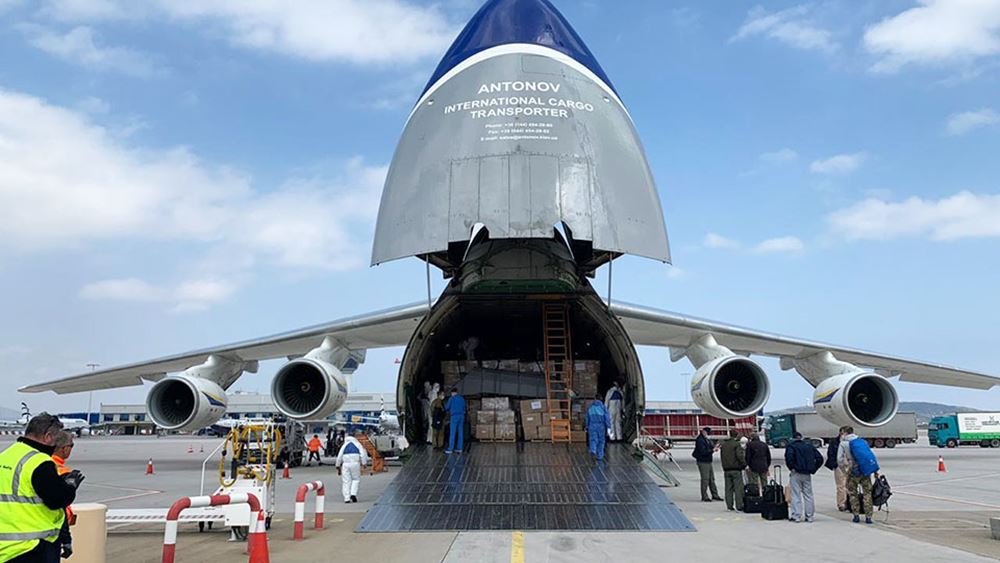 A couple of week ago the gigantic Antonov An-225 Mriya, the world's largest and heaviest aircraft, landed in Athens. It was just one of many that have been "thrown" in the battle for the provision of medical supplies from China to Greece since the start of the international health crisis in the Mediterranean country. The two sides have since excelled in the management of the health crisis, regardless of any bitter bickering for the contrary from adversaries. The first of those much-needed medical supplies were collected and transported from China in just days in response to Greece's urgent request in March, at a time when China itself was still under tremendous pressure due to its mobilization to fight the epidemic, and the availability of medical supplies remained limited. But the epidemic and the Greek-China cooperation in all levels, from supplies to sharing medical data and experiences, reminds everyone how urgent the need is to build a world community with a common future.

The Greek-China case,  although the most successful one in tackling the epidemic, mirrors how China reached out to all Europe from early on the outset of the COVID -19 crisis.  China provided Europe and the US with much-needed assistance for fighting COVID-19. Since early in January China has been regularly informing the WHO and affected countries about the pneumonia outbreak.  China informed the WHO about the epidemic, sharing with the WHO the initial progress in determining the cause of the viral pneumonia in Wuhan. The WHO released on its website a statement regarding a cluster of pneumonia cases in Wuhan, saying that preliminary identification of a novel coronavirus in a short period of time is a notable achievement. On January 12 China submitted to the WHO the genome sequence of the novel coronavirus (2019-nCoV), which was published by the Global Initiative on Sharing All Influenza Data (GISAID) and shared globally. In February the 1st Chinese Premier Li Keqiang spoke over the phone with European Commission President Ursula von der Leyen, noting that the Chinese government and people have confidence, resolution and ability to win the battle against the epidemic. Li said China is willing to strengthen information, policy and technology exchanges, and carry out relevant cooperation with EU and the international community.

The virus does not respect borders and international cooperation is needed to address this global challenge. Since the beginning of this year, China has been at the forefront of the global fight against the epidemic by taking the most complete, strict and more comprehensive prevention and control measures. The whole Chinese nation was mobilized - all government levels and every local community as well as every citizen. The immediate response and wide-ranging initiatives based on previous experience and strong commitment to a priority policy have allowed Beijing to limit and slow down the spread of the virus. Athens followed in close step and is now perceived globally as an unexpected success story, a fact that boosted its status among its peers.

Xi Jinping, President of the People’s Republic of China on May the 18th speaking on the 73rd World Health Assembly stressed that   "we need to improve the governance system for public health security. We need to respond more quickly to public health emergencies and establish global and regional reserve centers of anti-epidemic supplies. China supports the idea of a comprehensive review of the global response to COVID-19 after it is brought under control to sum up experience and address deficiencies. This work should be based on science and professionalism, led by WHO and conducted in an objective and impartial manner”. He also committed that China will provide US$2 billion over two years to help with COVID-19 response and with economic and social development in affected countries, especially developing countries.

Indeed that is what China has been doing since the start of the outbreak especially in Europe. China has already donated medical supplies to European countries and facilitated their procurement of large quantities of much-needed resources, despite domestic production challenges. Chinese medical experts are currently working in hospitals in many European countries such as Italy or Serbia to help save lives. Moreover, Chinese local governments, charity organizations and business communities are also making contributions through various channels. So are the Chinese communities in Europe.

China has been returning the generous kindness it received from Europe at the outset of the COVID-19 outbreak, now that the country has effectively got its domestic virus situation under control, with its economic and trade activities gradually resumed.

China has released information on COVID-19 and advanced international cooperation on epidemic response in an open, transparent and responsible manner, its government stresses.

The pandemic heightens the importance of building a community of shared future for mankind. Despite expected arguments, China has fulfilled its due international obligations and taken drastic and effective measures to safeguard global health security, many scientists testify.

Zhang Ming, head of the Chinese Mission to the EU, wrote in an article for European media:"When people's lives and health are at stake, the only right thing to do is to put politics and prejudice aside and join the global fight against the virus."

Infectious diseases constitute challenges far beyond the realm of medical science and the borders of any single country. They test global conceptions and mindset. This is the painful lesson learned from COVID -19.

With the first wave in East Asia basically under control and the second wave in Europe and the US about to peak, Africa and South Asia, with a total population of more than 3 billion people, may become the next epicenters. In an effort to curb this possible "third wave”, the Chinese government has sent medical teams and donated medical supplies to more than 140 countries.

Greece already knows how productive Chinese cooperation can be. The two countries’   cooperation and paradigms in the COVID-19 crisis handling brought them even closer. Many other steps have already been taken and even more are envisaged by the two sides. "Greece is an important partner of China among EU countries and China-Greece relations have become a successful model for countries of different sizes, systems, and cultures to achieve peaceful co-existence and win-win cooperation”, the Chinese Ambassador in Athens Zhang Qiyue has recently stated.  China is the second largest source of outward FDI in the world and Greece, with its investment environment continuously improving, has attracted increasing attention and interest from Chinese investors. The beacon for this has been COSCO Shipping’s landmark investment on Piraeus that together with other Chinese investment has reached some 8 billion euros of investment commitments in real estate, energy, infrastructure and other sectors.

Many believe the pandemic should bring all countries on a global platform to cooperate in the fight against this common human enemy, regardless of some pockets of irresponsible remarks that have fueled tensions.

As Wang Wen Professor and Executive Dean of Chongyang Institute for Financial Studies at Renmin University of China recently wrote, "it is high time that mankind welcomed this transformation of civilization. During the 20th century, defined by Eric John Ernest Hobsbawm as the Age of Extremes, wars claimed 110 million lives and epidemic killed 1.4 billion. COVID -19 should be a wakening call for us to resume the awe to the nature and the ecological system, even to the microorganism. It should also redefine the paradigm of research for the most talented brains to study the quake of epidemics to the economy of various countries and the world as a whole”. What mankind needs is not only a drastic change of the state administrative capability—namely transforming and changing the practices and administration of different levels of governments to enhance the preparedness for addressing public health crisis, but also an active commitment to prevent poverty regions from becoming reservoirs of virus, Wen believes. In his own words "we need a conceptual rethinking in global governance philosophy”.

That will be crucial for the economic recovery also: The European Commission is building a pandemic recovery plan that will exceed 1 trillion euros in grants and loans. China has already expressed its willingness to help. The cooperation between these two major economic blocs can be the second step towards a world rapprochement. The first one was the one made during the pandemic that seems to be slowly but surely abating in Europe two leaving Europe and China closer.

*Elias Bellos is a journalist and a political scientist. The opinions expressed in this article do not necessarily express those of the publisher. 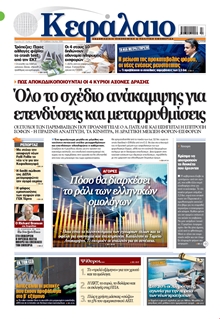