Nick Leventis: From racing to inspiring

Racing driver Nick Leventis decided to retire from competitive racing, but he will continue with the other thing he has always focused on: helping others. A philosophy that runs in his veins after all. The Leventis family - which owns one of the largest business groups in Greece and Cyprus with a strong presence in Southeastern Europe and West Africa, controls the Greek bottling company Coca – Cola Hellenic and is into a wide range of business activity ranging from real estate business to the hotel sector and others - has always been known for their charity action. 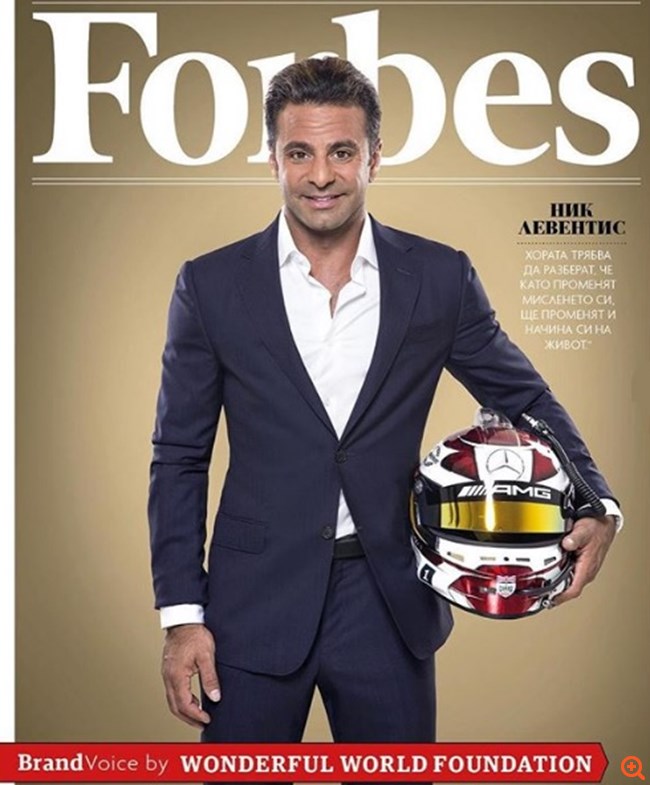 How easy is it though for a racing driver retire? Nick Leventis says that the announcement and the retirement itself was extremely difficult, given that the well-known driver still maintains the excellent physical condition needed to continue. However, in the past few months Nick saw his priorities changing.

"Retiring from racing was hard, especially because I’m still physically fit enough to continue. Though for the past months I could already see my priorities changing. Honestly, retiring has given me a much clearer picture of what my priorities are, and the sacrifices I’ve been making in other areas of my life”.

He describes the process of retiring from the sport as both a physical as well as a mental challenge and he admits that he is lucky that he was able to work through this with his coach - a former athlete who already has experience to draw on.

According to Nick Leventis, "the main thing about being an athlete in any sport is that you have a singular clear focus. A purpose for everything. This really simplifies your life. When you retire you lose that clarity and everything becomes a lot more complex - reason why it’s important to have a follow up physically and mentally as well”.

"When you retire from sport at such a young age you still have so much of your life left ahead of you, you don’t want to be waking up in pain for the rest of your life. A lot of the training I do at the moment is undoing a lot of the bad positions and over-worked muscles that I have had for a long time. Almost trying to give the body a reset. The demands of daily life and being able to enjoy physical activity for the next 20 years is important to me, so we’re working really hard to have a body that can do that”. 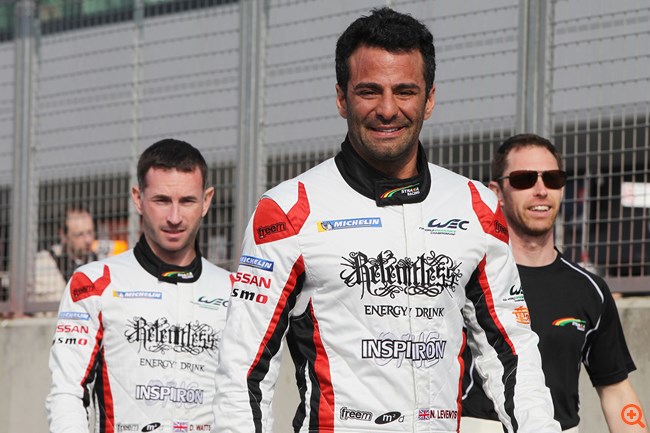 The question most athletes ask when they retire from a sport is "what do I do now?”.  "It’s not a question that anyone else can answer for you, so you have to do a lot of deep thinking. The main thing when making the transition from being an athlete to being something else is to look inside yourself, try and find what is really important to you at your core” Leventis says.

And he unveils that there were two clear themes to his thinking, the first was family, and the second was helping others.

"I have 2 sons, Marley and Zion, and another one on the way before Xmas, and looking back I have already sacrificed so much quality time with them. I would take them to a race weekend with me, but then spend the whole time apart from them. I was always driving, or recovering from driving, or preparing for the next stint. Now I can really focus on being there for them, instead of focusing on myself, exploring their interests and just being there with them.

Helping others improve has always been something which gives me great enjoyment, but it has always been something I’ve done in the background. I have a charity organization in Bulgaria " Wonderful World Foundation” , I also sponsor up and coming athletes in various sports, including motor racing, skiing and surfing. I guess that was always kind of my hobby, but now I’m starting to realize I can turn my hobby and my passion into my purpose. This is where the idea for the "Uprise Project” came about”. 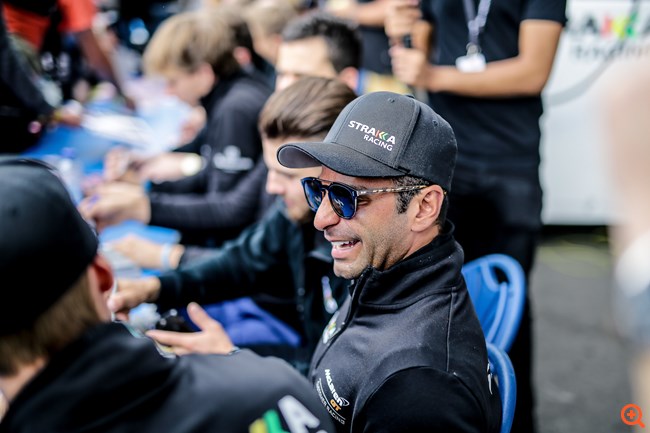 Leventis faced however a mental challenged as well.  "Another thing that stopping professional motorsport has given me is time to work on myself. Before was all about me being good in one specific area and physical improvements. Now is about rounding out who I am as a person. Luckily, I’m sharing my life with a very disciplined woman who is constantly trying to improve herself and she’s a huge inspiration to me. All the exercises - physical, mental, goal settings - we do together or individually are of great help to give a purpose to this retirement.

Besides that he is always looking to try new ways to get more out of himself. Whether it is about EEG brain training devices, use of float tanks or new training practices, "I feel like the better I’m functioning, the easier it is to help other people. Today, with Instagram and Youtube, it’s also easy to find inspiration and extra motivation, thanks to all the young people leading the way in as they advocate a more spiritual, respectful and greener way of life”.

Retiring from motorsports doesn’t mean that Leventis became inactive. He has always been active, even from when he was a kid, he was surfing in the summer and skiing in the winter, while his real passion at the moment is skydiving. Even though he hasn't been doing it that long, he says that it’s really fun learning to do something new. 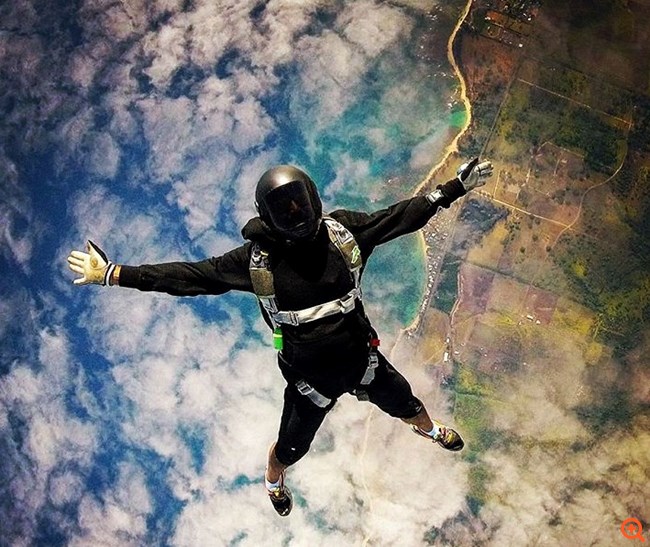 "The rate of improvement is so high, you literally feel like you are getting better every jump. I was inspired to start skydiving by a few guys I saw online, it just looked like so impressive and pretty fun. I’m currently working with an instructor - who taught Tom Cruise how to skydive for Mission Impossible”.

"The flight up isn’t the most enjoyable in my opinion but once you’re out of the plan, the feeling of freedom is unrivaled. It is such an incredible experience that I want to share with people, I even convinced my trainer to jump out with me” Leventis unveils.

Leventis also shares his thoughts on the "Project Uprise”. "The idea behind the Uprise Project is kind of in the name: inspire and elevate consciousness and awareness in any possible way” Leventis says, adding that he is partnering with people who inspired him to action so they can do change for the better. 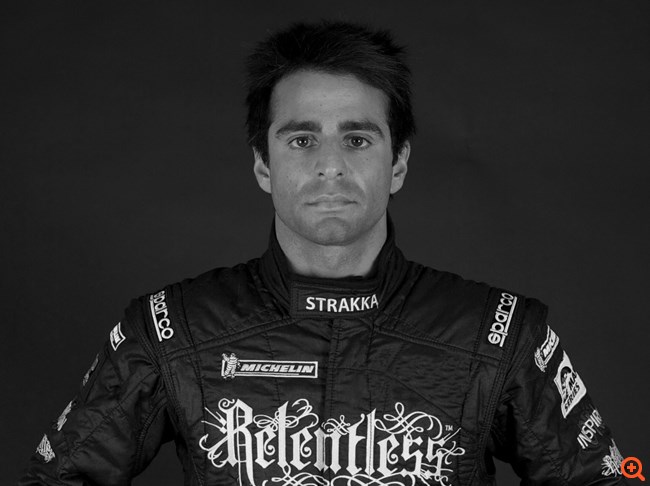 "Nowadays, there are so many big problems in the world, and most people are so caught up in their own problems that its difficult to create any cohesive effort. The Uprise Project aims to create some inspiration and direct it towards something meaningful. Think how many views a really good Youtube video can get - a couple of million easily. Now think of the impact we could make if all of those people went and did a beach clean-up, gave up single use plastic, or even just donated some money to charities who already do this. As you may imagine, skydiving will be a big part of our first piece but that’s a secret I still have to keep a bit longer” he stresses.
"The younger generation seem to have mastered inspiration, but we need to harness that into some sort of action. If I had to give a message to the world, it would be that no matter who you are, or how insignificant you think you are at the moment, with the right mindset you can achieve anything. You only need to inspire 2 people to create something bigger than yourself” Leventis concludes. 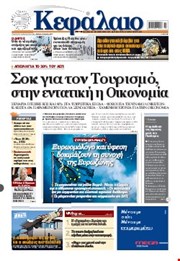