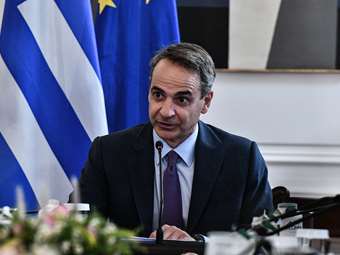 Referring to the fires, the prime minister underlined that this is a confrontation with the climate crisis "which is unfortunately aggravated by human negligence and deliberate arsonist actions." 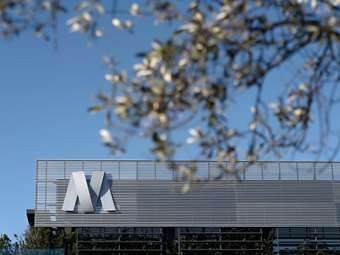 Mytilineos' net profit and turnover more than doubled in H1

Mytilineos on Thursday said its net profit and turnover more than doubled in the first six months of 2022 and predicted that full-year results will be even better. More specifically, net profit after... 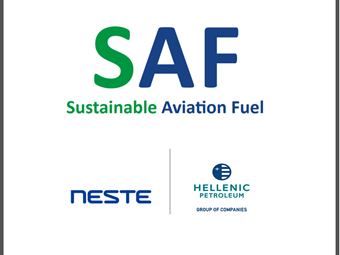 A move of great significance, which is tightly connected to Hellenic Petroleum strategy to reduce emissions. 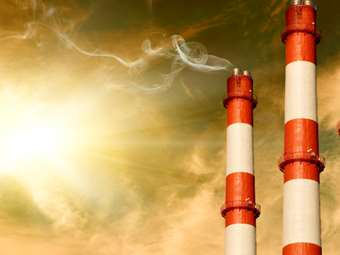 The plan has been sent to the European Commission and neighbouring member-states and, as a last resort, includes controlled rolling power cuts. 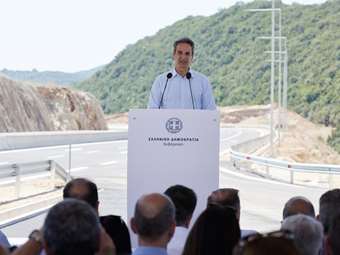 Prime Minister Kyriakos Mitsotakis on Friday attended an event for the inauguration of a bypass around the town of Amfilochia, commenting that this will cut journey times for those travelling to... 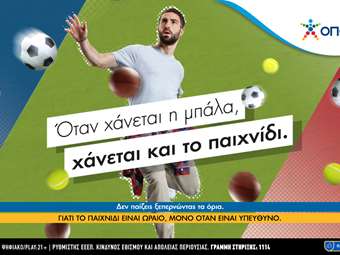 Protecting players from the potential risks that can arise from excessive participation in games of chance is at the heart of OPAP's new Responsible Gaming awareness campaign. 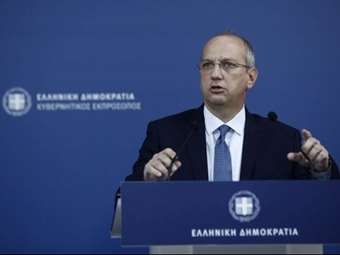 Additional 100 million euros will be provided from EU funds to support the primary sector, government spokesperson Yiannis Economou said in a Twitter post on Monday. 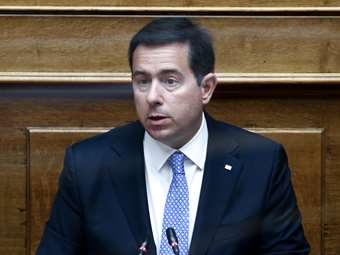 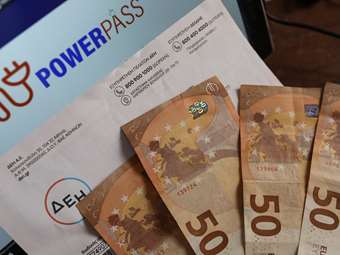 The number of applications submitted to the online 'Power Pass' platform surpassed 235,000 since it opened on Friday evening, it was reported on Monday. 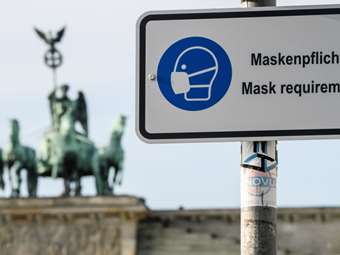 Infections are skyrocketing in Germany's south and east. What is the reason for the geographic split? 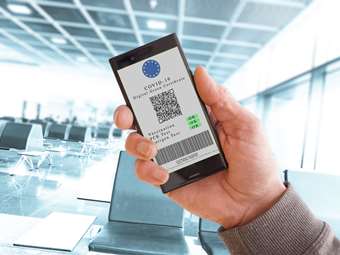 After the completion of the investigation into the case of the fake vaccination certificates from the Health Centre in Palamas. 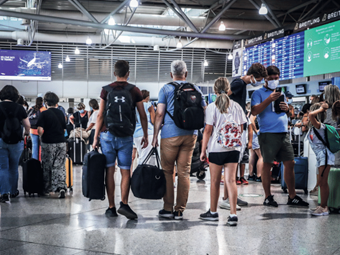 Total passenger traffic in Greek airports up 118.1 pct in Oct 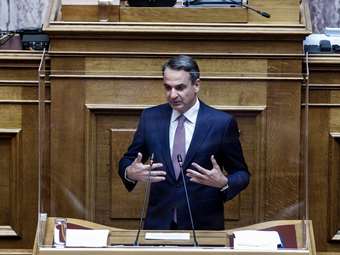 K. Mitsotakis: The phenomenon of high prices will de-escalate in first half of 2022

Mitsotakis noted that this is not the first time we have had similar inflationary trends, and cited the European debt crisis in 2010-2011. 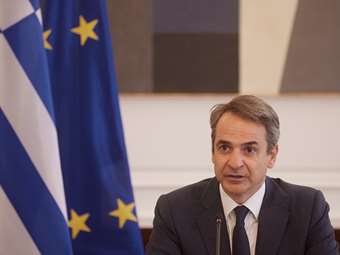 During his trip to New York in the framework of the 76th General Assembly of the United Nations, Prime Minister Kyriakos Mitsotakis is expected to place emphasis on Greece's promotion internationally 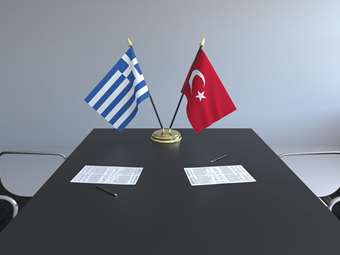 Greece's Permanent Representative to the UN has sent a letter to the UN Secretary-General. 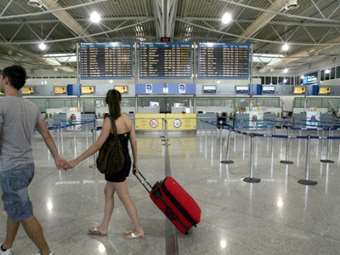 Germany was once again the top country of incoming tourism. 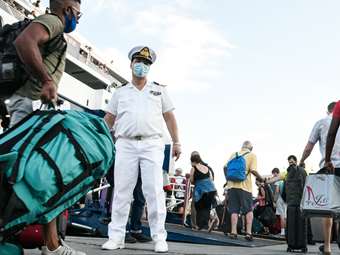 The new Covid-19 measures for travel, places of entertainment as of Monday, July 5

New measures against the spread of the novel coronavirus will apply as of Monday, July 5 for travel and at places of entertainment. 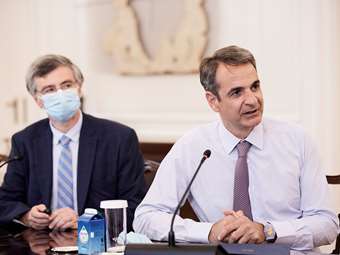 The message for a safe summer is one: get vaccinated

"We are now entering the next phase of our vaccination campaign and at this point I believe that the involvement of the local government, the church, civil society, the business world, is extremely... 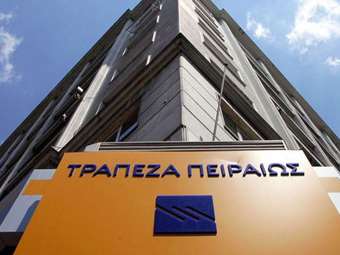 Piraeus Bank completed the transactions of Phoenix and Vega NPE

Corresponding to a gross book value of c.€7.0bn. 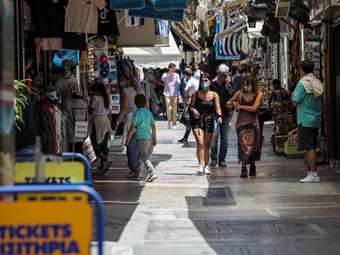 Night curfew ends; fully vaccinated people not required to perform self tests before going to work

As part of the gradual lifting of measures to combat the spread of Covid-19, the night-time curfew ceases to apply as of Monday. 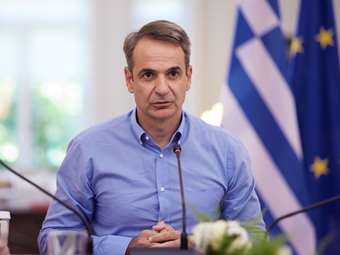 Prime Minister Kyriakos Mitsotakis on Monday presented the "Freedom Pass" - a prepaid card with 150 euros paid in - which will be given by the state to all young people aged 18-25 when they get their... 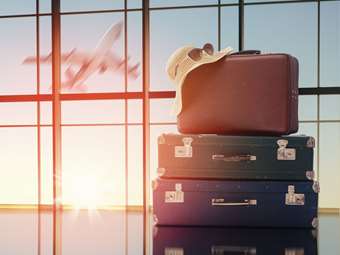 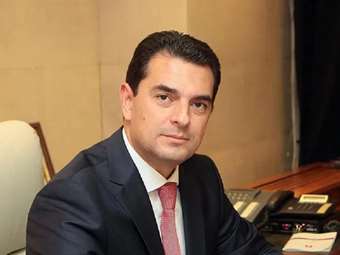 The plans for a Greek-Egyptian electricity interconnection were discussed during meetings held by Environment and Energy Minister Kostas Skrekas in Cairo. 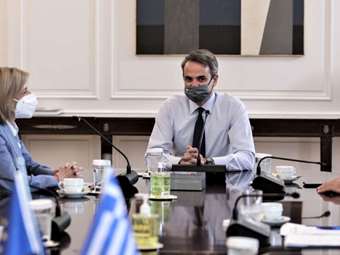 The end of the health crisis is approaching and progress on the pandemic front will depend on the progress of vaccinations, Prime Minister Kyriakos Mitsotakis said in statements during his meeting...