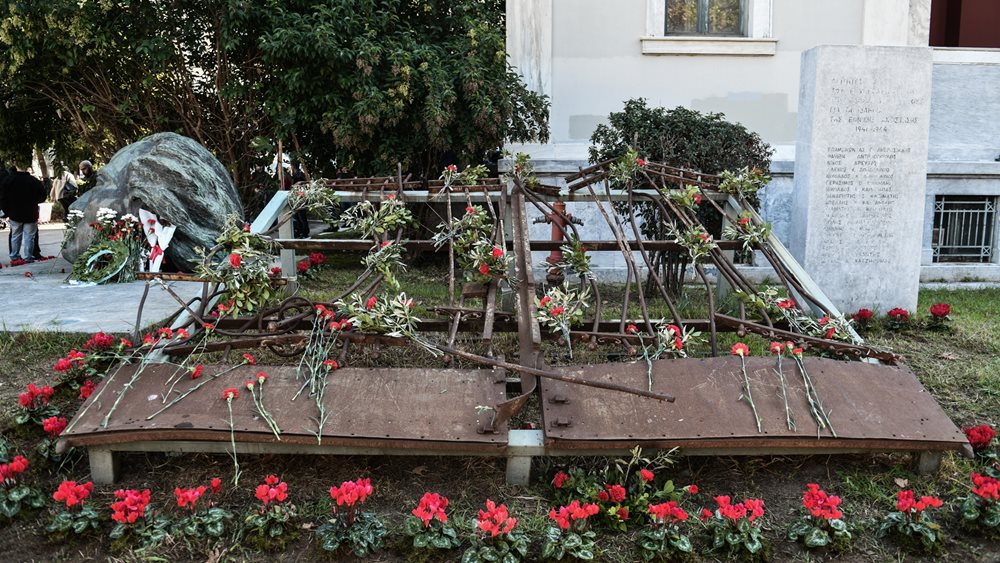 Heavy security measures, with the participation of more than 5,500 police officers are in effect on Thursday, November 17, as Greece marks the 49th anniversary of the Polytechnic uprising against the 1967-1974 junta.

The measures are of a similar level as those adopted in 2019, before the pandemic, a meeting at the Attica police headquarters decided on Monday.

According to Athens-Macedonian News Agency police sources, police officers from outside the Attica region have been brought in as reinforcements, while a 'safety net' has been spread over the city of Athens from November 16, the day before the anniversary.

Special attention will be given to the protection of universities, embassies and government buildings while undercover police officers will be stationed at critical locations in central Athens and police checks will be carried out as a precaution.

Drones and helicopters will provide a real time picture to the Hellenic Police operations centre and special armoured water cannons will be stationed in downtown Athens and the wider area, ready to intervene if it is deemed necessary.

Road traffic will gradually be restricted until it is closed off entirely on the day, starting at 06:00 on Tuesday morning through 06:00 on Friday morning along all the central Athens roads followed by the annual commemorative march, including: all the streets, squares and pedestrian walkways around the Athens Polythechnic on Patission Street, the streets at and around Exarchia Square, Omonia Square, Panepistimiou Av., Stadiou Av., Vassileos Georgiou St., Vassilissis Sofias Av., and all the streets around the US Embassy, including Michalakopoulou St., Papadiamantopoulou St. and Alexandras Av.