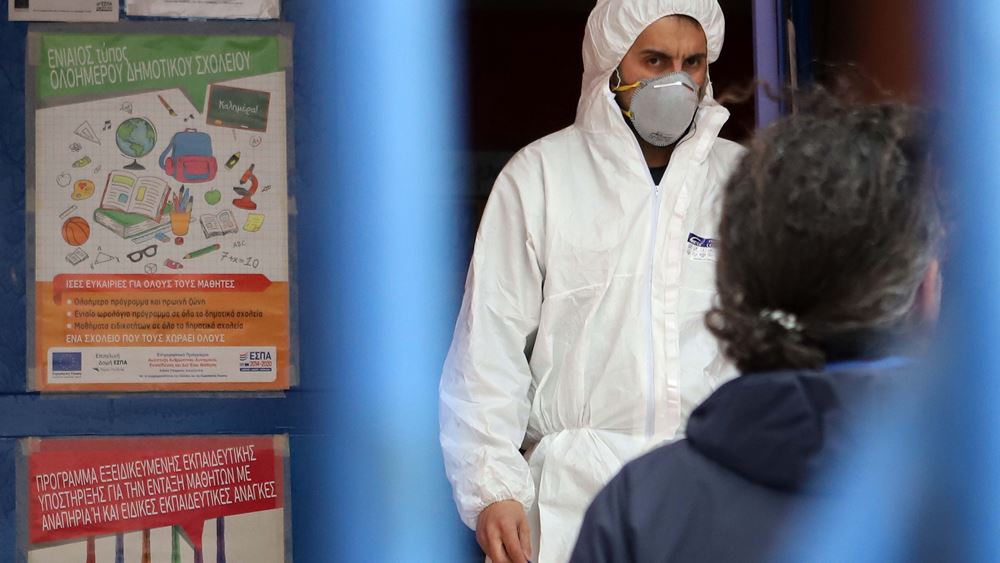 Greece shut down all schools for two weeks as of Wednesday, Health Minister Vassilis Kikilias announced on Tuesday, as part of measures to prevent the spread of coronavirus infections.

The closure affects all school levels, from daycare and kindergarten to university level, and includes all academic and technical institutions (TEI), private and public.

According to an informal communication by the Ministry of Education later, the measure includes private preparatory schools ("frondistiria").

Kikilias said that special considerations would be provided for working parents and businesses affected by the measures. He also underlined that parents should limit their children's activities outside home.

The Health Ministry's committee of experts issued a statement which explains why they reached their decision to shut down all schools, one of their key points being the fact that children can transmit the virus to vulnerable groups.

The decision pertained to two new scientific facts concerning the high transmissibility of the new virus by people with mild or no symptoms, and the fact that the virus can remain in a child's body for a long time, possibly beyond 14 days. By maintaining a high viral load for prolonged periods of time, children could inadvertently spread the virus to the community and endanger vulnerable individuals, without becoming severely ill themselves.

The health ministry's experts added that they expect the new virus to reach a distribution climax in Greece in 2 to 4 weeks from today.

They said that many of those infected between the ages of 30 and 69 carry a viral load on their bodies for up to 20 days, but noted it is more difficult for the virus to become transmitted after the first 10 days.

In this context, the health ministry advises parents to try to persuade their children to minimize their outings as much as possible.

The school curriculum will conclude normally, Education Minister Niki Kerameus told Ant1 TV on Tuesday, following a government announcement for the shutdown of all schools for two weeks as coronavirus prevention measures.

She added that adjustments to the schedule would ensure that class time is not lost. Additional solutions to make up for the lost time would include the cancellation of bimonthly school excursions, shortening Easter vacation, and extending the school year.

Kerameus also noted the possibility that the student parades for March 25 holiday would likely be cancelled.

As of data quoted the same day by the Health Ministry, Greece has five new coronavirus infections, totalling 89. Four of these are related to the the group that was infected during a trip to the Holy Lands.

According to government sources, Mitsotakis spoke of measures to strengthen liquidity and to support affected businesses. The cost of these measures should be exempted from the overall budget goals of each EU member state, he noted.

Among other issues, the premier also proposed that Europe assumes the initiative to procure supplies like masks and inhalers at a European level and then distribute them to EU countries depending on need.