Mitsotakis: We are expanding our relation with China now that Greece is taking on a lead role 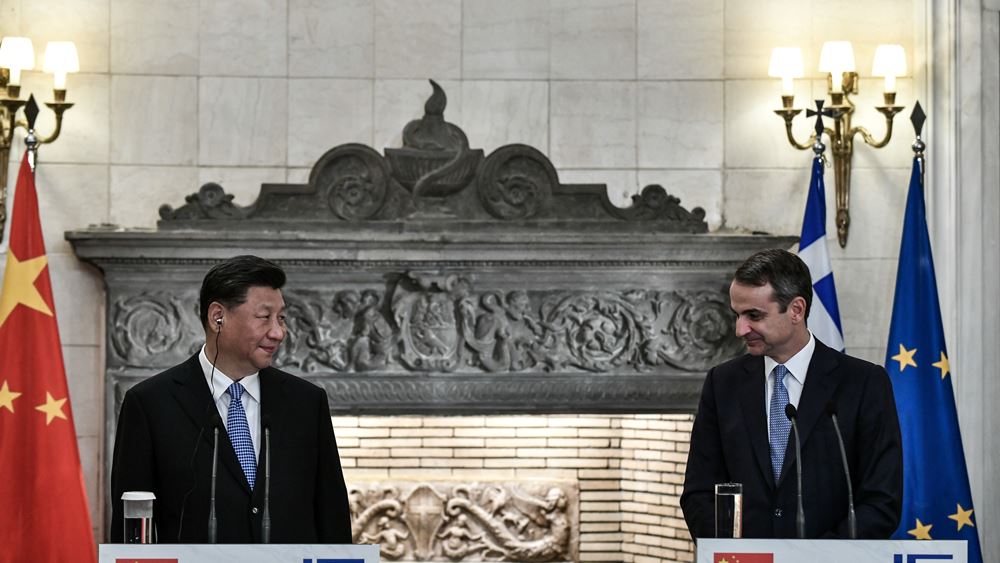 "In Athens, as in Shanghai, we find that our relations are warmer than ever. Confidence is a given," Prime Minister Kyriakos Mitsotakis said on Monday, during joint statements with the President of the People's Republic of China Xi Jinping in Athens.

Mitsotakis said that they had a productive discussion and thanked China for supporting Greece during the years of crisis.

He also announced that he will pay a new visit to China in April, as this will strengthen the two countries' relations.

The Greek prime minister stated: "We are expanding our relationship with China now that Greece is once again taking on a lead role."

Mitsotakis referred to the importance of the 16 agreements that are to be signed during the visit and the port of Piraeus, which is becoming a major transit hub. He welcomed the opening of Chinese banks in Greece and stressed the importance of strengthening the flow of Chinese tourists to Greece.

"China and Greece are partners for the establishment of one belt, one road. This initiative must be strengthened by the further development of your country. We look forward to implementing partnerships in many areas and we want to strengthen Piraeus's role in transit and further enhance the transport capacity of the China-Europe land-to-sea express line," the President of the People's Republic of China, Xi Jinping said.

"We want trade to continue, an expansion of bilateral trade and mutual investments, as well as to have investments in the energy, transport and banking sectors," the Chinese President said and added:

"We will organise and host a year of culture and tourism between our two countries in 2021 and we want to enhance the teaching of our languages and strengthen contacts between academic communities so that we can get to know our cultures better."

"We need to strengthen the China-EU integrated strategic relationship and the 17 + 1 mechanism. We want to demonstrate the positive synergy of our cooperation for positive growth. We have also decided to work more closely on international affairs for the multipolar world and for peace. Confucius said that virtue is not left to stand alone. And Aristotle said that the true friend is a single soul dwelling in two bodies. These things unite our two great countries: equality, mutual respect, cooperation, an open mind, inclusive growth and a determination to move forward in the future," the Chinese President concluded.