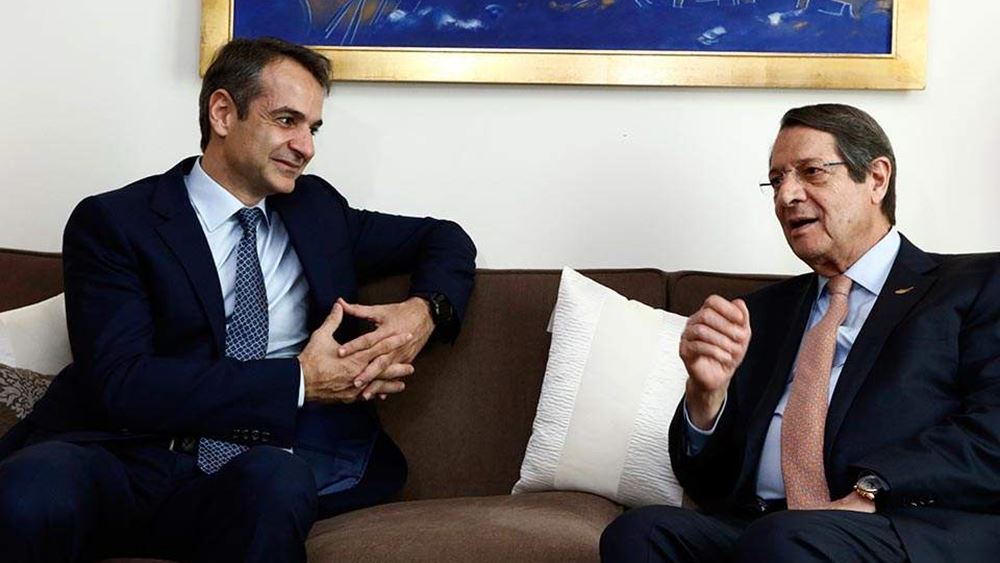 "It is a very significant visit," Prime Minister Kyriakos Mitsotakis said on Tuesday welcoming Cyprus President Nicos Anastasiades at the Maximos Mansion, adding that the Cyprus issue is at a crucial point.

Turkey's stance continues to be provocative while its confrontational rhetoric proves its international isolation, he added.

On his part, Cyprus President Nicos Anastasiades said: "Greece remains Cyprus' firm supporter. It concerns a major part of the Hellenism without ignoring the fact that it also concerns the Cypriots and the Turkish-Cypriots."