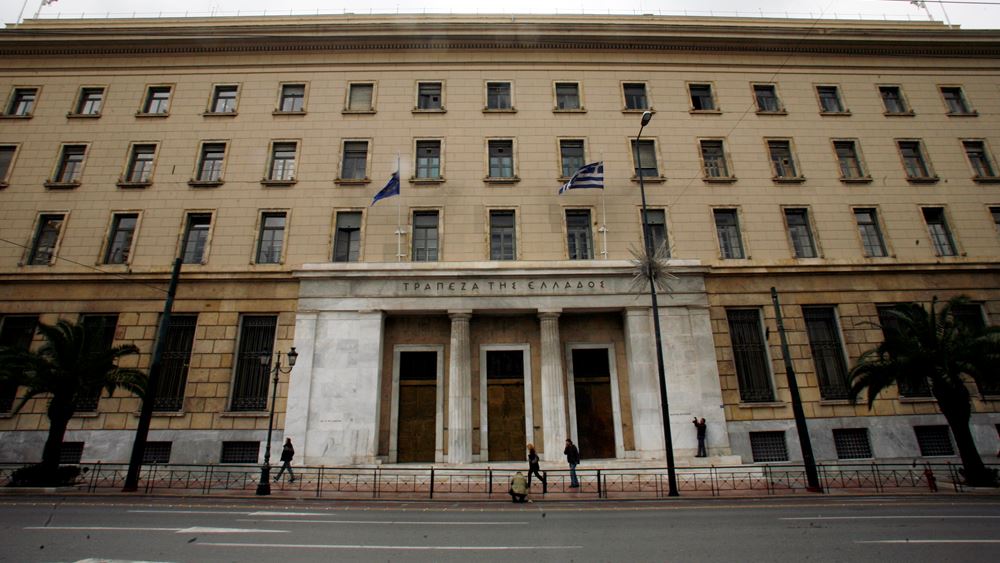 In June 2019, the current account showed a surplus of €874 million, against a deficit of €8.9 million year-on-year, due to improvements in the balances of goods and services and the primary income account. By contrast, the secondary income account deteriorated slightly, according to Bank of Greece.

The balance of goods improved year-on-year, as the deficit shrank by €496 million, despite a decline in exports. This development is due to a fall in imports, mainly of oil, as well as other goods, which was stronger than the decline in exports. It should be noted that, at constant prices,total exports of goods dropped by 4.2%.

A €338 million improvement in the services surplus is mainly accounted for by higher net travel receipts. The transport balance improved slightly, while the other services balance worsened. It should be noted that travel receipts rose by 16.4%, despite the fact that non-residents' arrivals remained unchanged year-on-year. Transport receipts increased marginally (0.5%).

An improvement in the primary income account is attributable, on the one hand, to lower net interest, dividend and profit payments and, on the other, to higher net receipts from other primary income, which includes taxes and subsidies on products and production. Lastly, the deterioration in the secondary income account is mainly due to an increase in general government net payments.

In the first half of 2019, the current account showed a deficit of €3.9 billion, down by €759 million year-on-year. This development reflects a rise in the services surplus and an improvement in the primary and the secondary income accounts, which offset an increase in the deficit of the balance of goods.

A rise in the services surplus is due to an improvement in both the travel balance and the transport balance, while the deficit of the other services balance widened. Transport (mainly sea transport) receipts rose by 7.3%. At the same time, travel receipts increased by 15.3%, even though non-residents’ arrivals showed a small decline of 0.5% year-on-year.